Who’s Who in Korean Investors 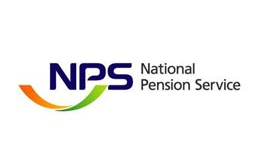 National Pension Service (NPS) is South Korea’s public pension scheme, with 777 trillion won ($685 billion) in assets under management as of the end of July 2020. It is the world’s third-largest pension fund after Japan’s GPIF and Norway’s GPFG. NPS allocates 91.3 trillion won to alternative assets, or 11% of its portfolio, with overseas alternatives making up 55.7 trillion won, or 8%. NPS’ assets are forecast to increase to 1,000 trillion won by 2024, by when alternative assets are expected to expand to 14%.

This article is for premium members only
Sign in to continue reading.

Fill in the information to subscribe to our newsletter and you can also get
unlimited access to the latest intelligence on Korean asset owners.

Fill in the information to download the full story of
Hidden Champions and Next Unicorns.